We are vastly educated in the area of immigration law in NYC and we continue to take on some of the most challenging cases to find resolutions for our clients. To us, each immigration case is a chance to help an immigrant, a non-immigrant, a permanent resident or a US citizen who is looking to live and work in the US, unite with their family members, seeking a greater opportunity or is hoping to avoid being removed and deported from the United States. We know that what we do is more than practice immigration law and are doing our best to find life-changing solutions for individuals in need of immigration assistance.

We want to know what your goals are, and we will take the time to become familiar with your case. Personalized legal immigration service is what you need, and our team is able to offer the attention to details, caring, representation and persistence that gain results.  You are likely going to have questions and our staff is here to offer you answers in a timely manner. We believe that it is in the best interest of our immigration clients to be educated and we make a point to help them better understand the legal side of their case and inform them of any advancements along the way.

In addition in Lok v. INS, where the 2nd Circuit noted that “Immigration laws bear a “striking resemblance …[to] King Minos’s labyrinth in ancient Crete. The Tax Laws and the Immigration and Nationality Acts are examples we have cited of Congress’s ingenuity in passing statutes certain to accelerate the aging process of judges.” E. Hull, Without Justice For All 107 (1985) – “With only a small degree of hyperbole, the immigration laws have been termed ‘second only to the Internal Revenue Code in complexity.’ A lawyer is often the only person who could thread the labyrinth.”.

In the case of Castro-O’Ryan v. INS, the 9th CircuitCourt stated – “Immigration law is very complex.”

In 2003, the Second Circuit Court of Appeal, in Drax v. Reno noted that” This case vividly illustrates the labyrinthine character of modern immigration law-a maze of hyper-technical statutes and regulations that engender waste, delay, and confusion for the Government and petitioners alike. The inscrutability of the current immigration law system and the interplay of the numerous amendments and alterations to that system by Congress during the pendency of this case have spawned years of litigation, generated two separate opinions by the District Court, and consumed significant resources of this Court. With regret and astonishment, we determine, as explained more fully below, that this case still cannot be decided definitively but must be remanded to the District Court, and then to the Board of Immigration Appeals (“BIA”), for further proceedings.”

provide effective assistance are critical elements of a fair hearing:

In Solis-Chavez v. Holder, 662 F.3d 462, 466 (7th Cir. 2011) (noting that noncitizens “have a due-process right to a fair hearing” and that “[t]he BIA has a body of case law holding that an [ noncitizen]’s due-process rights can be violated by his attorney’s ineffective assistance in removal proceedings”).

View the firm’s profile at Find an Immigration Attorney 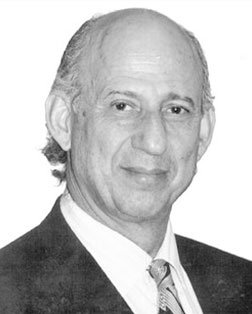